In 912, King Charles III issued a confirmation to the abbot of the monastery of Saint Maximin regarding the lost estates in Lutiaco. This had been the name of Großlittgen in Celtic times (500 BC – birth of Christ). The imperial abbey of Saint Maximin was the largest Benedictine monastery in Trier. In 1157, the village and, for the first time, a church, is mentioned again in a tithe confirmation by Archbishop Hillin of Trier to the Himmerod monastery.

Roman settlement remains were excavated near the present-day Catholic church of St. Martin (50° 01′ 32˝ N / 6° 48′ 06 ˝ E). A four gods stone from these remains was later used as a building stone in the passage from the church tower to the nave. Four gods stone refers to the base of giant Jupiter Columns, which were decorated with four gods. In this case, the only two preserved figures are those of Juno and Hercules. Another ashlar with a flat rosette in the style of the Neumagen sculptures (Roman figures) is invisibly walled in at the top of the church tower. Most likely, a Roman fertility temple used to be located here in the 3rd century. 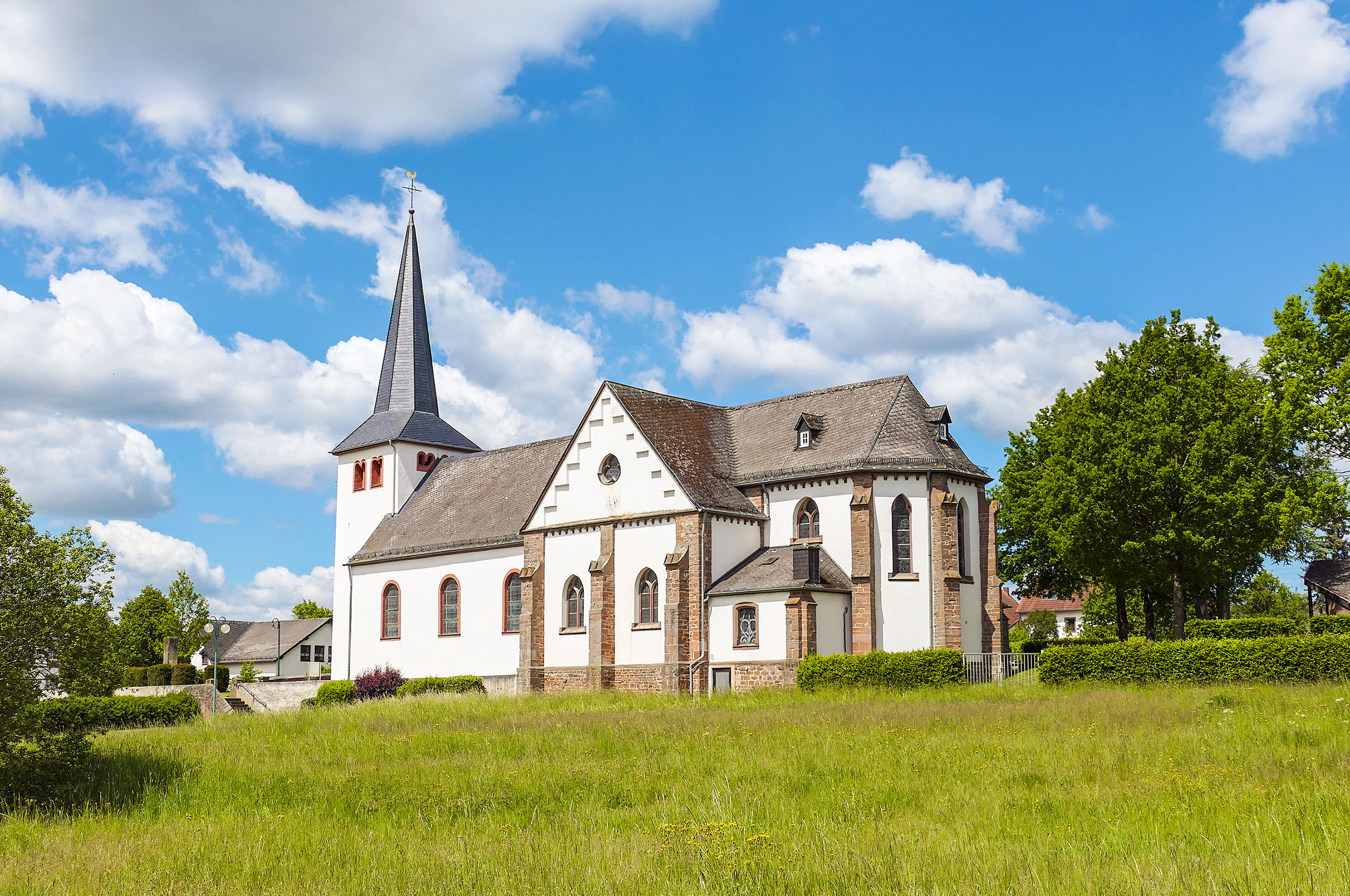 This is evidenced on the one hand by a picture stone with a relief found in the church in 1905, which depicts a naked deity of fertility with spread legs. On the other hand, a time window could be narrowed down by a copper coin also excavated there. The coin depicts Roman Emperor Probus, who reigned from 276-282. Lutiaco/Großlittgen sat on an important Roman road that came up from Wittlich-Bombogen and led north. The road was called “Strata prumiensis” in old Himmerode documents.

The church tower (Romanesque style: 1000-1250) of an original church was built around 1243. The choir, the net vault and the tabernacle shrine are attributed to a second church. The end stone of the cross vault indicates a new construction around 1500 (Gothic style: 1140-1520). This one was also demolished and replaced in 1729-35. In 1887, the interior space was doubled and the three-aisled cross and choir (architectural style Baroque: 17th/18th century) were built. In 1819, a gallery was installed. In 1983, the Catholic parish church of St. Martin received a new roof and paint. In 1991, the interior was repainted. Continuing on the Eifel Pilgrimage Cycle Route past unspoilt nature and ample landscapes, a little shrine renovated in 1996 with a sandstone crucifix including a figure of Jesus sits at the end of the village in the direction of Minderlittgen in the shadow of a large tree, inviting passers-by to rest and pray. 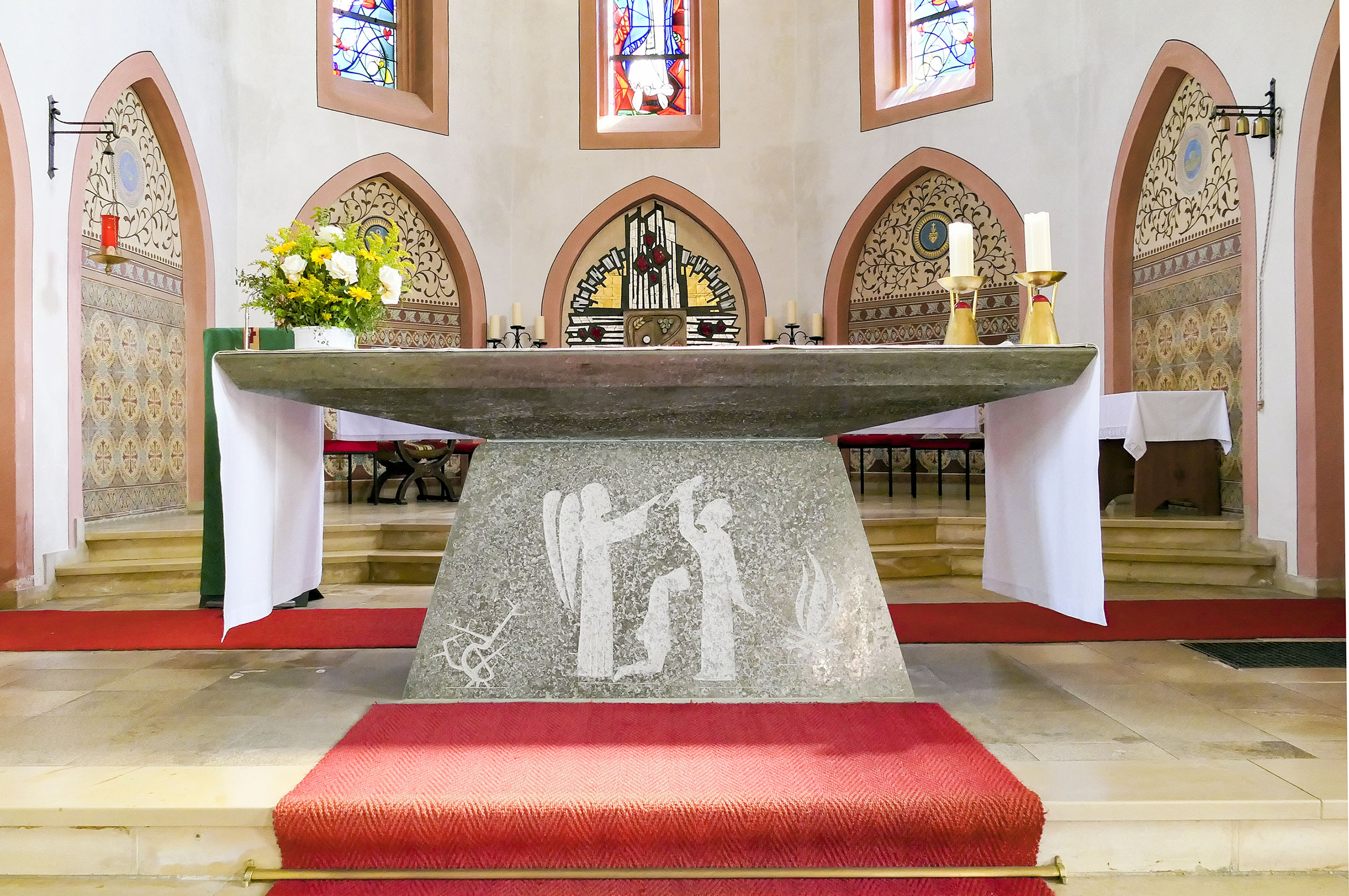 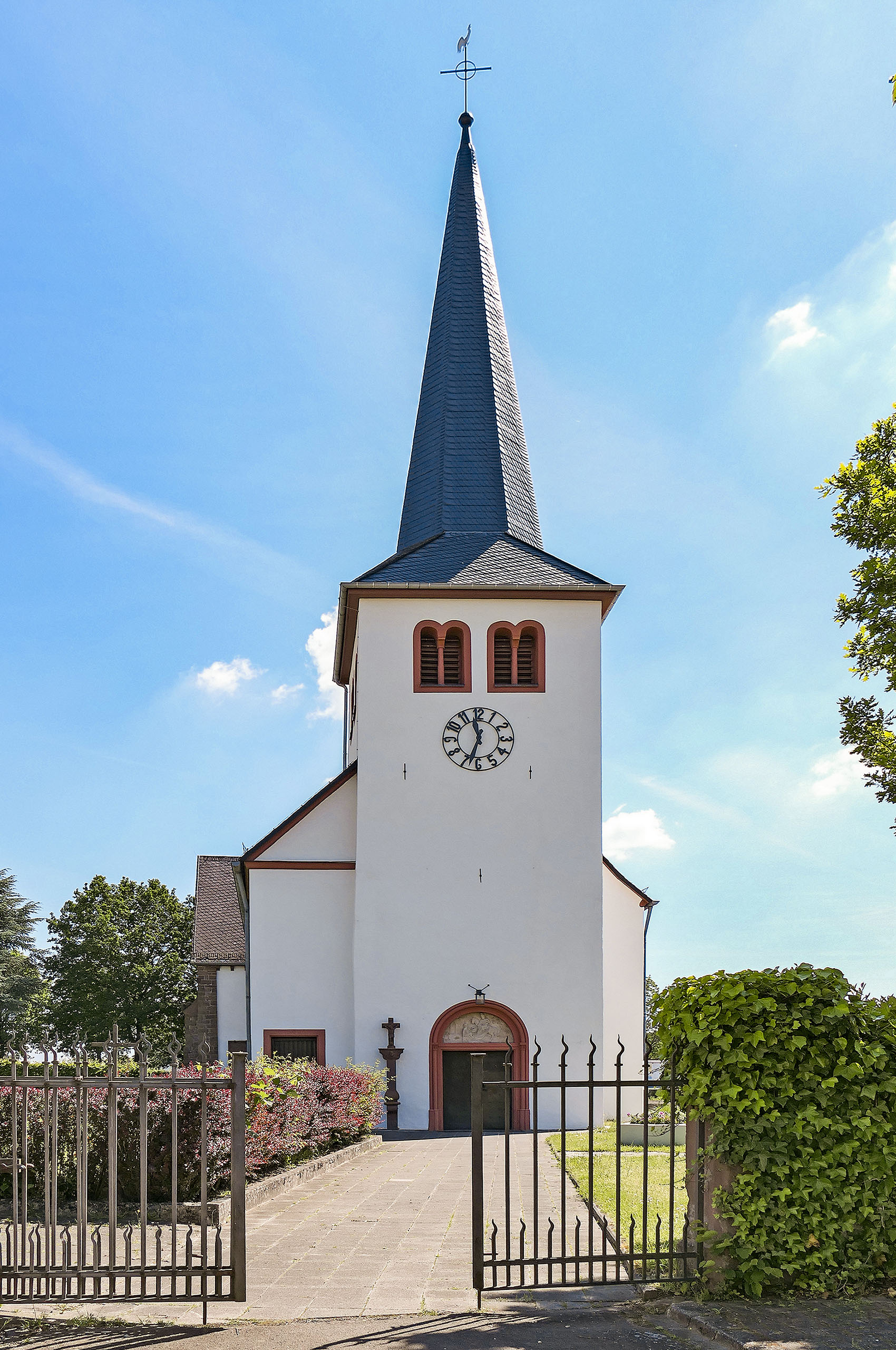 When I was a boy of fourteen, my father was so ignorant I could hardly stand to have the old man around. But when I got to be twenty-one, I was astonished at how much the old man had learned in seven years.

At this station you will find an e-bike charging station! It is located at the bus stop Zehntscheune.