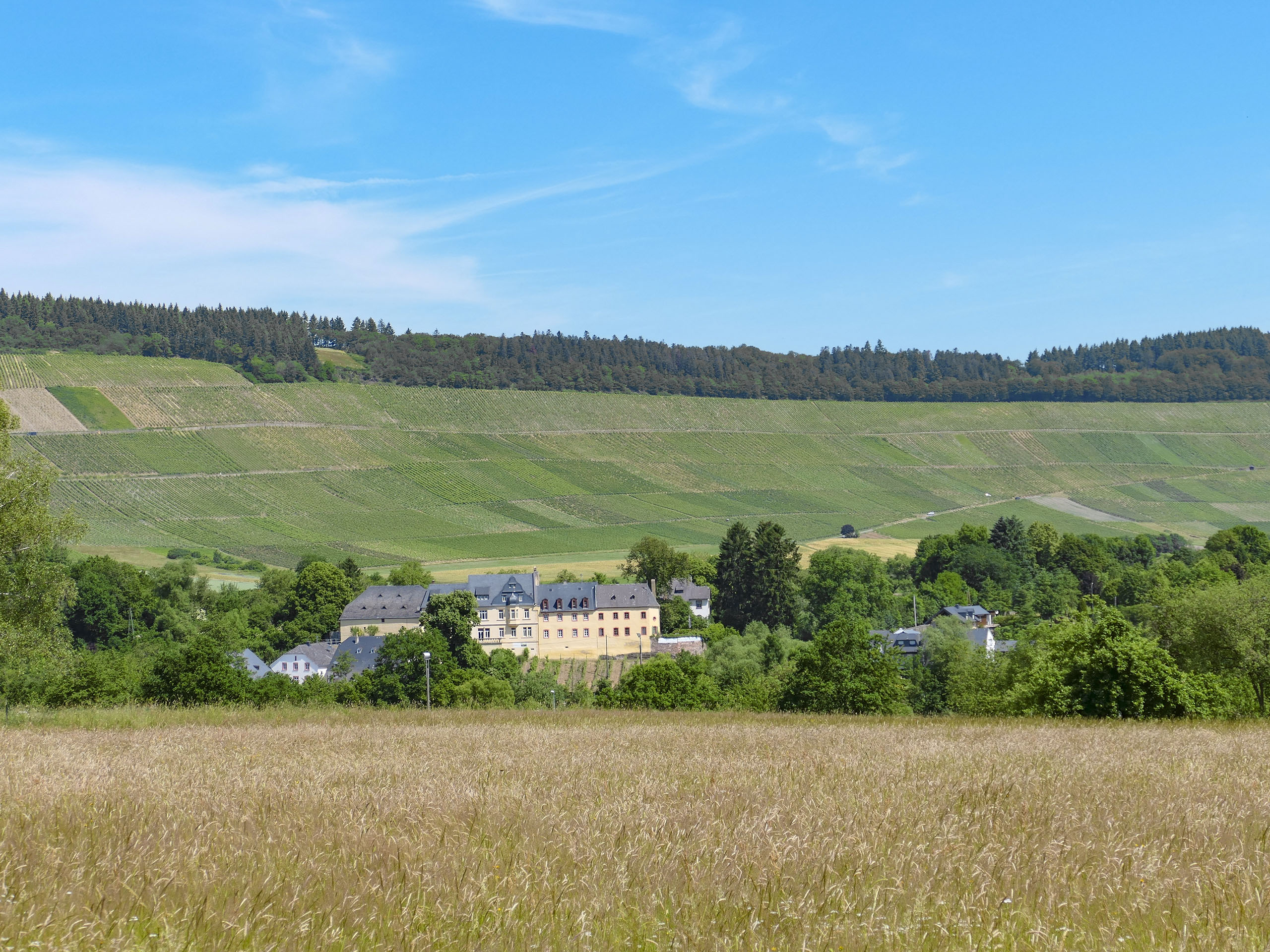 The monastery estate Siebenborn is a place with regional history and long traditions. It forms the end of the Eifel Pilgrimage Cycle Route, which starts in Himmerod monastery in the Eifel.

The beginnings of the monastic estate “Siebenborn monastery” can be found in the 12th/13th century. Vineyards owned by Himmerod monastery in the area of Noviand & Maring are mentioned for the first time in 1152, in a document of Pope Eugene III.

The knight Christian of Maranc (= Maring), a ministerialis (= vassal) of Archbishop Hillin of Trier, being inspired by the religious spirit of the Cistercians, gave all his possessions to the Himmerod monastery around 1155 and entered into its living community as a founder. He gave his labour, obedience and celibacy to the monastery and, in return, received a monk’s habit, food and drink for life. His two sons also joined as novices (= apprentice monks). The Siebenborn estate became financially stronger and the properties grew. In 1222, Himmerod had 60 monks and 200 lay brothers who had entered the monastery with property! At that time, the monastery owned 36 smaller and 10 large estates, including Siebenborn. Management of the estate was in the hands of an experienced monk who bore the title of “Hofherr” (master of the estate).

In the 14th century, the economic situation of Himmerod monastery began to deteriorate. As a countermeasure, meadows, fields and vineyards were leased to farmers. By the 17th century, 90% of the vineyards were assigned this way. However, it was not only economic problems that caused the monastery’s decline. Robbers regularly plundered the territory of the monastery. In addition, the Elector of Trier repeatedly financed his military campaigns in the 15th/16th century through higher taxes, which the monastery also had to pay. The end of Himmerod and Siebenborn with its 16 hectares of vineyards coincides with the time of Napoleon’s occupation of the area on the left bank of the Rhine. The secularisation carried out by him in 1802, i.e. the abolition of church institutions, abbeys and monasteries and the nationalisation of their property, was also the end of Himmerod and Siebenborn. The estates became the property of the French state and were auctioned off in 1803. In 1844, Carl Melsheimer, mayor of Maring-Noviand, among other places, acquired the Siebenborn monastery estate with 90 morgen of land from the Mohr banking house in Trier. 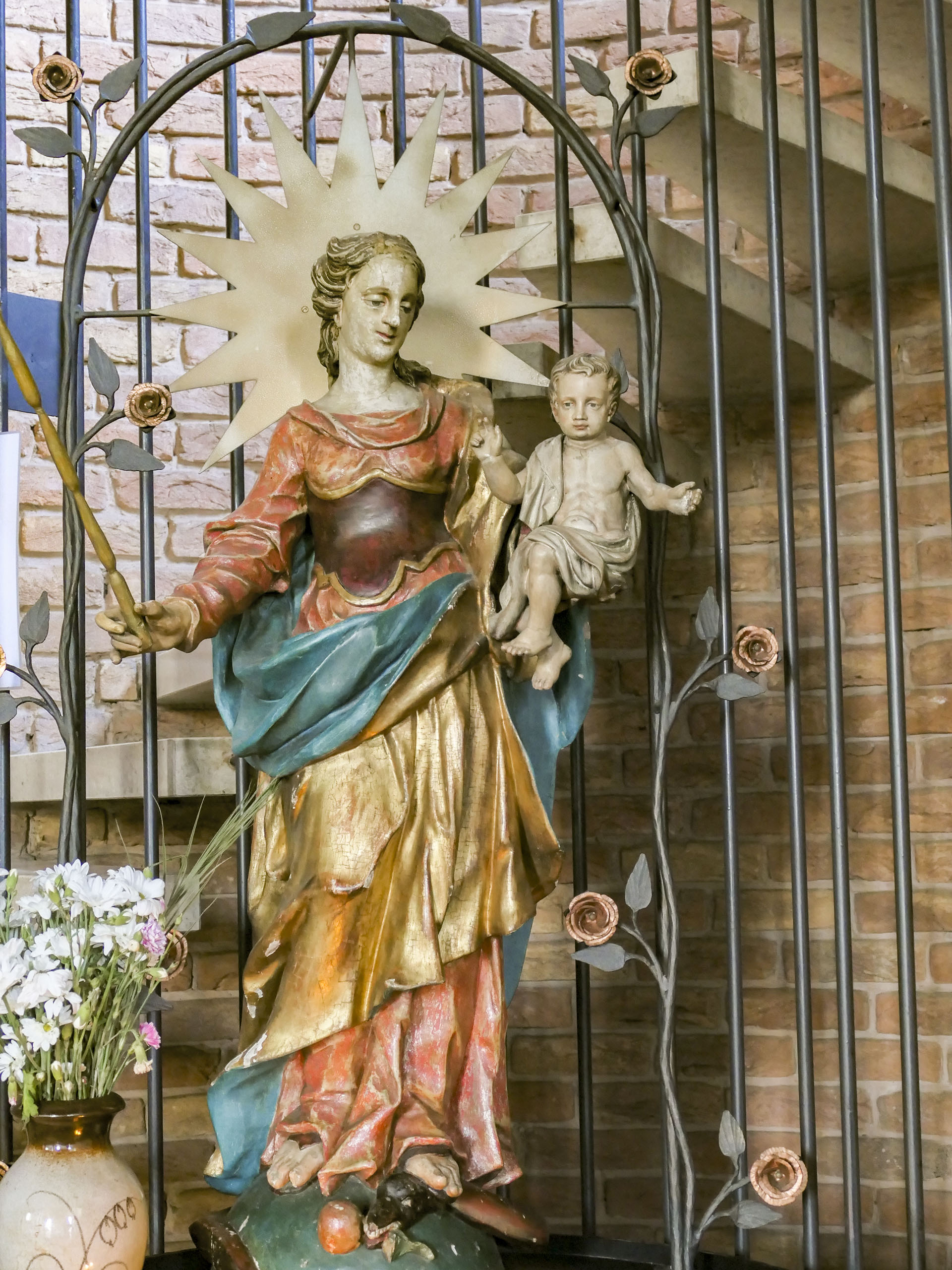 Many anecdotes and stories about the Siebenborn monastery estate can be learned over a good drop of Riesling in one of the oldest wine cellars in the region.

And so the Eifel Pilgrimage Cycle Route ends, but at the same time the Maare-Mosel Cycle Tour passes right through here! Its 58 km pass along a disused railway line from Daun over viaducts and long tunnels through the Volcanic Eifel, past Manderscheid and Wittlich, to the medieval town of Bernkastel-Kues on the Moselle. 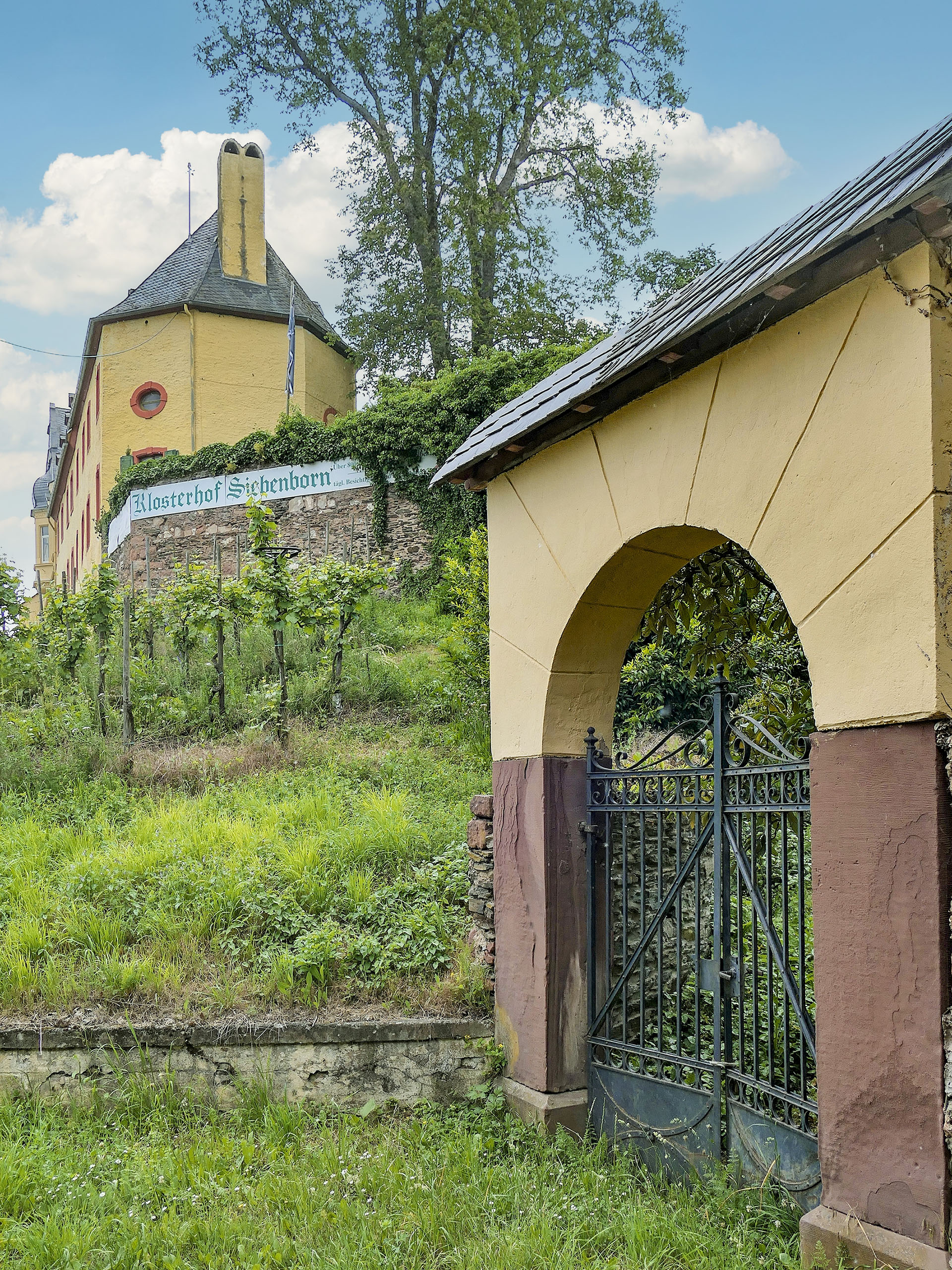 Recognising oneself – being connected with everything

Where heaven touches the earth Once there were two monks who read in an old book that there was a place at the end of the world, where heaven touches the earth and the Kingdom of God begins. They decided to go look for it and not to return until they found it. They travelled the world, conquering countless dangers, suffered all the wants demanded by a journey across the world and all the temptations that can divert people from their goals. A door was in that place, they had read. All you needed to do was to knock, and you would be in the Kingdom of God. Finally, they found what they were looking for. They knocked on the door and watched with racing hearts as it opened. When they entered, they were at home in their monastery cell, and they looked at each other. That was when they realised: The place where the Kingdom of God begins, is right here on earth, in the place God has assigned to us.