The village of Bergweiler was first documented in 1056 as “Villaris”. In 1275, Bergweiler is mentioned as a parish in the Piesport register for the first time, but still as a branch of Heidweiler. The parish of Heidweiler belonged to the Diocese of Trier, which became an archdiocese in the 14th century. According to the visitation record of the Piesport archdeacon of 1569, Bergweiler had a chapel dedicated to “Saint John the Apostle” as its patron. Between 2006 and 2010, the parish church of St. John the Apostle (49° 57′ 55 ˝ N / 6° 49′ 29˝ E) was renovated by volunteers and companies with support from the Diocese of Trier.

In 1794, Napoleon occupied the Rhineland and came to Bergweiler with his troops; after the peace treaty of Luneville, Bergweiler became French in 1801. This historical association with France was intensively cultivated under Bergweiler pastor Valentin-Conrad-Gerhard Wax (1930-2010) from Nalbach/Saar. Pastor Wax, a honorary citizen of Bergweiler, bearer of the Federal Cross of Merit and Knight in the National Order of Merit of France, had already worked intensively for Franco-German friendship before taking office. He oversaw the French garrison of Wittlich with full commitment. French marriages were performed in the Bergweiler parish church, and baptisms of children for garrison members were celebrated. “For over 50 years, the Bergweiler parish church was a substitute home for the French soldiers stationed in Wittlich and their families”, as the former garrison cross in the Bergweiler church still states today. Pastor Wax was considered a person with a mind of his own: his Sunday masses were said to have lasted exactly 35 minutes, including the sermon. 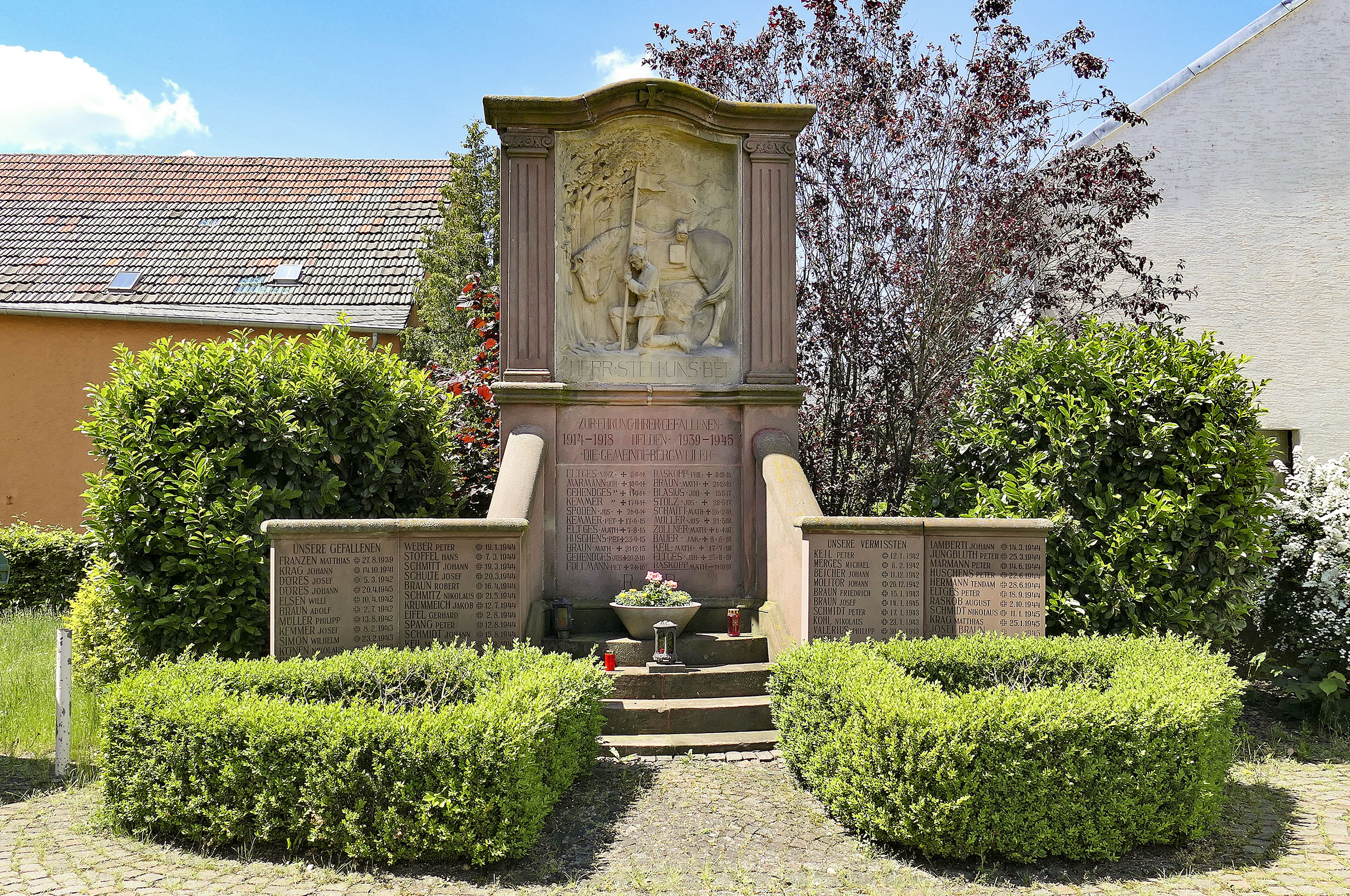 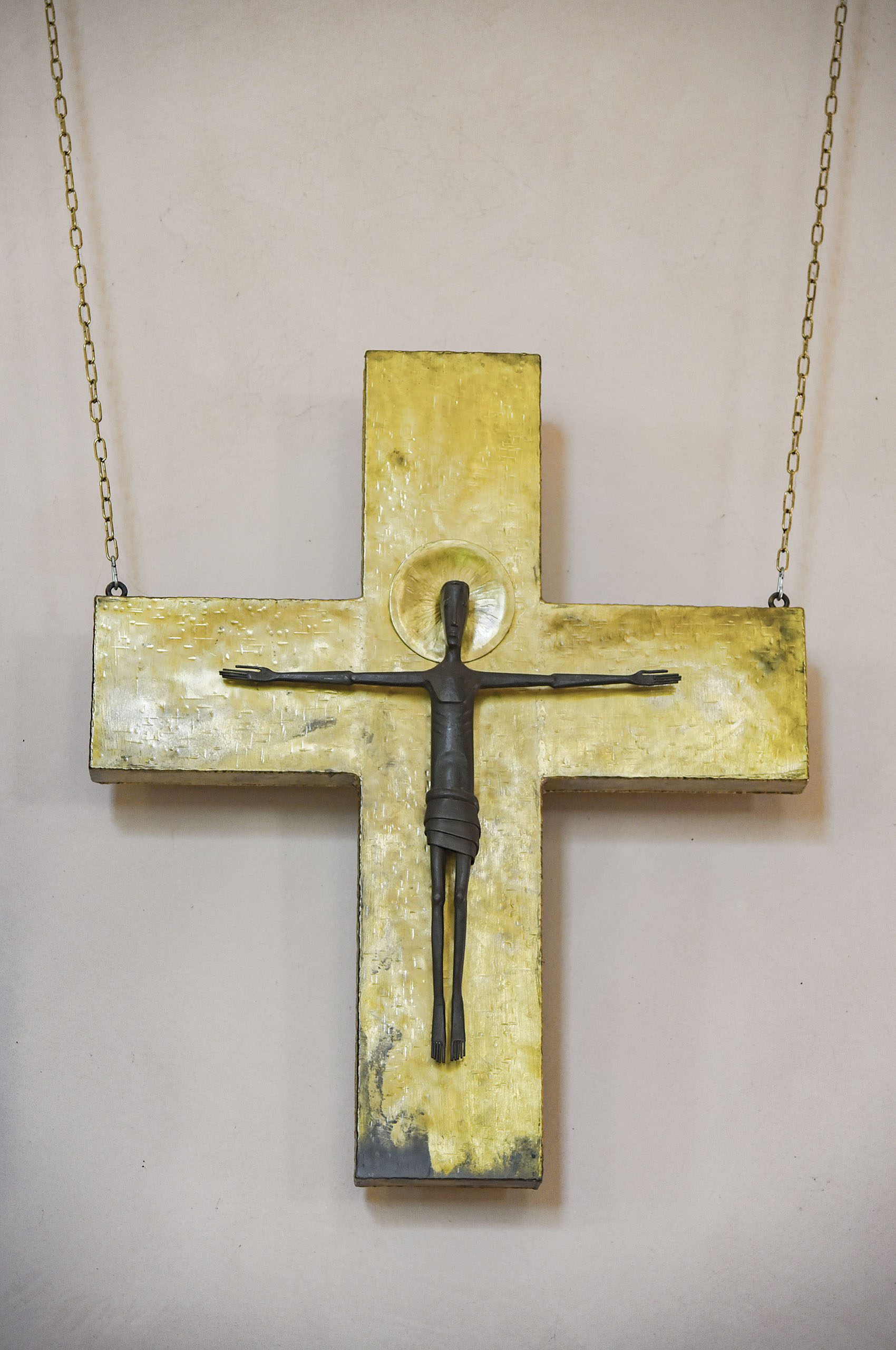 Afterwards, the guests were invited to a morning drink in the rectory. “His” parish home houses a collection of about 60,000 exhibits from the rural Eifel sphere, the sacral and the garrison etc. Yet, the pastor always refused to register, break up or classify the equipment and objects. “10 commandments suffice for everyday life. Any further selection or order is superfluous. Neighbourhoods and community are created casually, accidentally or inevitably, but not based on a man-made order.” Despite greatest efforts, no promising way has yet been found for the museum’s continued maintenance. In September 1982, Pastor Wax successfully resisted the idea that the figure visible on a rock face of the “Hundskaul” quarry when illuminated was a “miracle of Mary”. During the summer camp, the youth fire brigade had illuminated the surrounding area at night with their new floodlights. They thought they saw the outline of some kind of figure when they illuminated the rock face high above.

However, it was merely mineral bloom on the rock surface. The rock sections were removed after a visitor accident, after which the rush of visitors ceased.

Once Pastor Wax became unfit for service due to health reasons, the Bergweiler parish also lost its independence. It became a member of the current parish community of Landscheid. In and in front of the village, there are still a number of well-preserved plague crosses or wayside crosses that were renovated in the 1980s. They had been erected out of deep gratitude after the last wave of plague in the 16th and 17th centuries and still invite visitors to pause on the side of the pilgrimage cycle route.

The “Eifel Pilgrimage Cycle Route” here is just as rich in culture and variety as the village of Bergweiler, the church and the Wax collection. The pleasant location of the village on the high plateau at the edge of the Wittlich pan, between the valley cuts of the Lieser and Salm rivers, repeatedly provides great panoramic views in various directions. Cycling through forests, past fields and meadows, you will be enchanted by the view over the entire Wittlich valley opening behind the church, all the way to the Klausen pilgrimage church, and beyond. Simply relax, enjoy and take a breather. 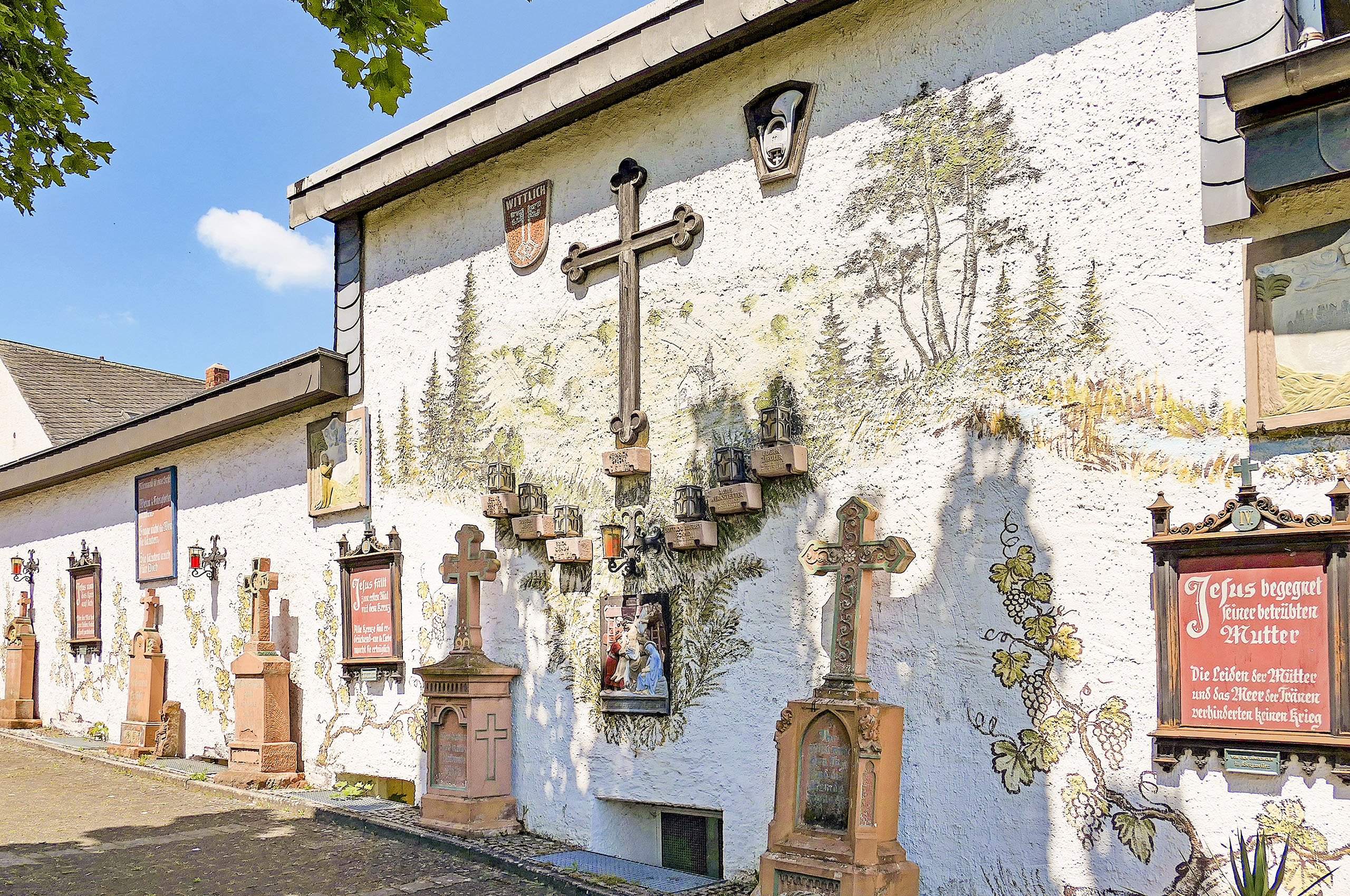 “Where is God to be found?” With this question, the Kotzker Rebbe surprised some scholars he had at his place as guests. They laughed at him: “What are you talking about! The world is full of his glory!” He answered his own question: “In the place where He is given entry.”