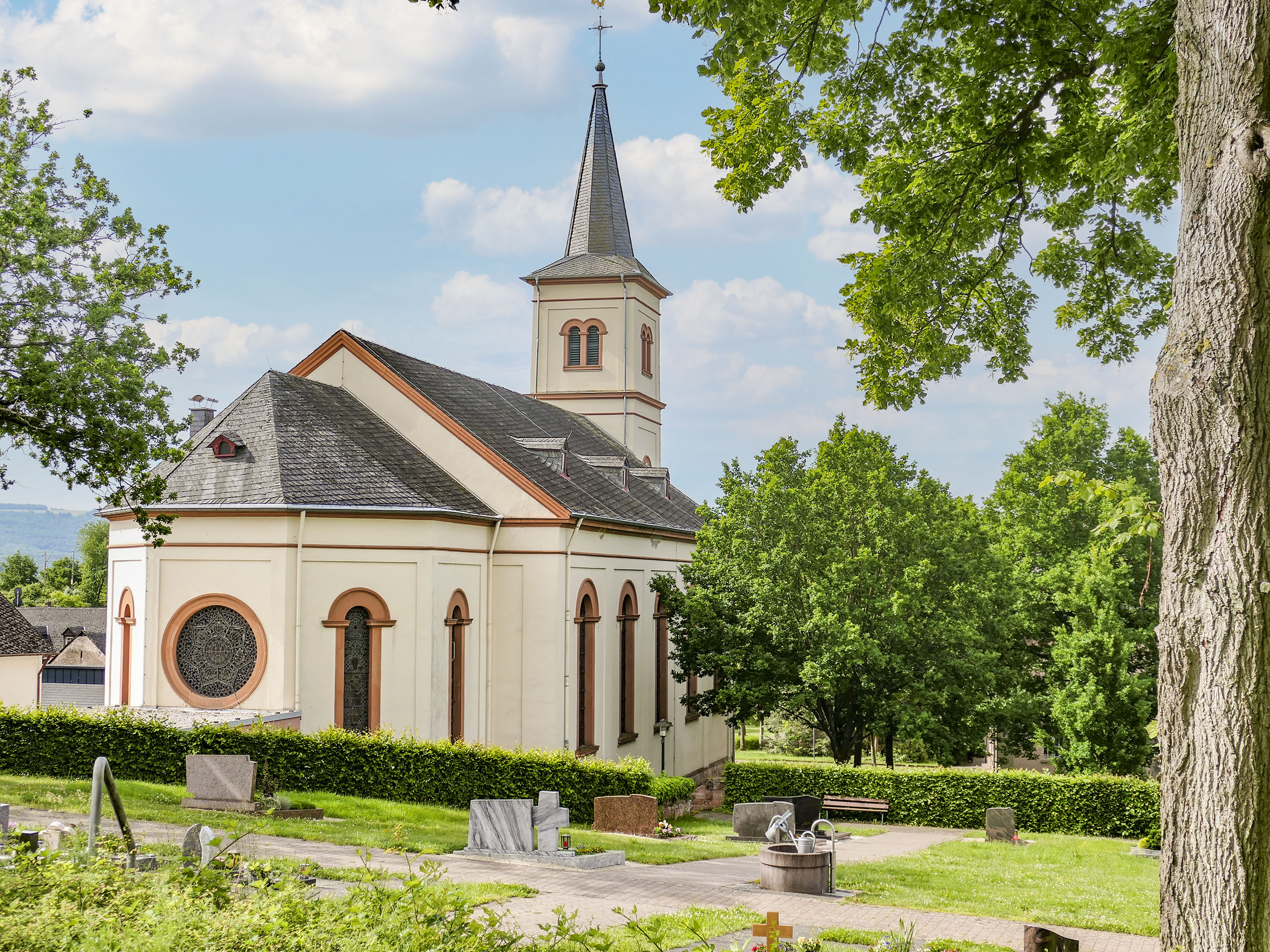 The first traces of the church named after the patron saint St. Martin (49° 55′ 41 ˝ N / 6° 50′ 51˝ E) in Salmtal appear in the year 1008 in the first written mention of the place name. This is due to the fact that a large group of St. Martin’s churches is among the oldest church foundations in Germany. In the post-Frankish period, i.e. after the 10th century, virtually no church was dedicated to St Martin anymore.

Another written reference to a church in Salmtal can be found in the provost’s book of the Münstermaifeld monastery, which had plots of land behind and near the church listed in 1330. They are also confirmed by the lay judges’ common law, which states that court hearings are to be held in the square in front of the church. A church register of the parish of Sehlem, in addition to baptismal entries, states that more than 30 people were burned as witches between 1587 and 1630. As a result of many crop failures, the plague spread particularly heavily. In 1624, 78 people in Salmrohr and in 1613 in Dörbach died of this deadly disease.

Especially the older inhabitants know about customs that have been passed down. There are not only the pilgrimages to Klausen – in Salmtal, people used to perform the long since forgotten procession to the 7 crosses:

Other customs such as the blessing of Saint Blaise to protect against throat diseases and blessed Candlemas candles, which are lit in situations of hardship, are still known today. In the past, farmers put blessed palms from Palm Sunday into the soil of the grain fields to protect the harvest from damage. The ashes of the palms were later mixed in with the grain in the granary to protect it from vermin.

One story surrounding the church is about one of the four bells in the tower. The bells, which ring for happy but also sad events, were also used to alert the fire brigade. From 1952, this was done via siren.

The oldest bell, a bronze bell, dates from 1614. Its inscription reads:

This bell was the smallest hanging in the tower. It is said that it was buried in the Haid district in 1813, when the French occupied the Rhineland. All other bells had to be surrendered during World War II as important material for the armament. It still hangs in the church today and remains intact. The bell is rung on the occasion of funeral services while attendees leave the church for the cemetery chapel or the cemetery. 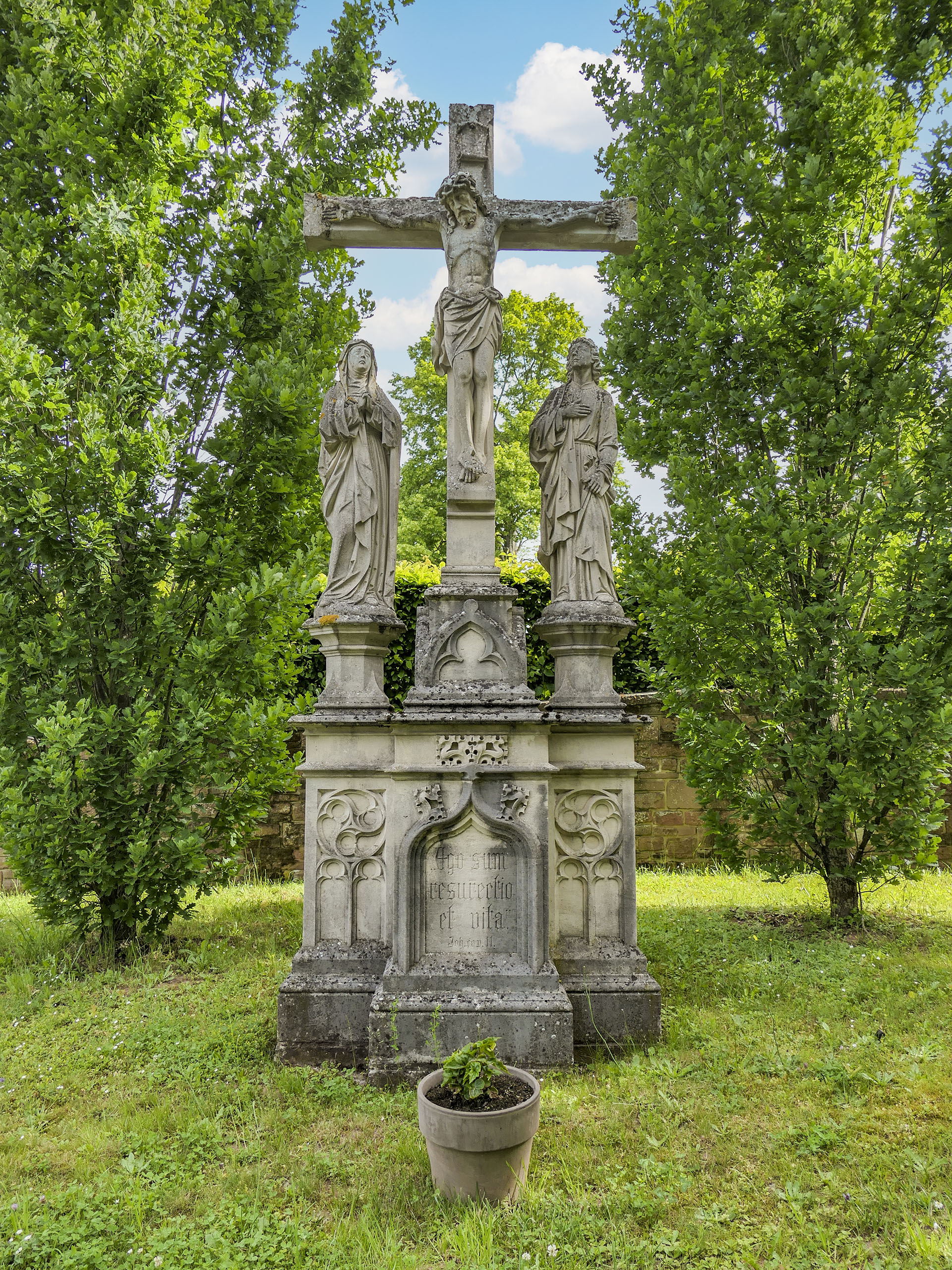 Standing up for justice – practising tolerance

An older lady bought a bowl of soup. Carefully, she carried the steaming delicacy to a high table, putting her purse on a hanger beneath the tabletop. Then she went back to the counter – she had forgotten her spoon. When she returned to her table, there was an African man there – dark skin, curly hair, striking as a bird of paradise – eating the soup. At first, the older lady was quite puzzled. Then she gathered herself, smiled at the man and started dipping her spoon in his bowl. They ate together. After the meal – they could hardly communicate – the man treated her to a coffee and politely said his goodbyes. As the lady turned to leave and reached under the table for her purse, there was nothing to be found. All gone! A mean, conniving trickster after all! Disappointed, with a red face, she looked around herself – he was gone without a trace. But (!!!) at the neighbouring table, the lady spotted a bowl of soup that had gone cold – and her purse right below it.